Laconia Plaza officially opened in May 2017. The Greek-style amphitheater opened up dramatic views of the falls. 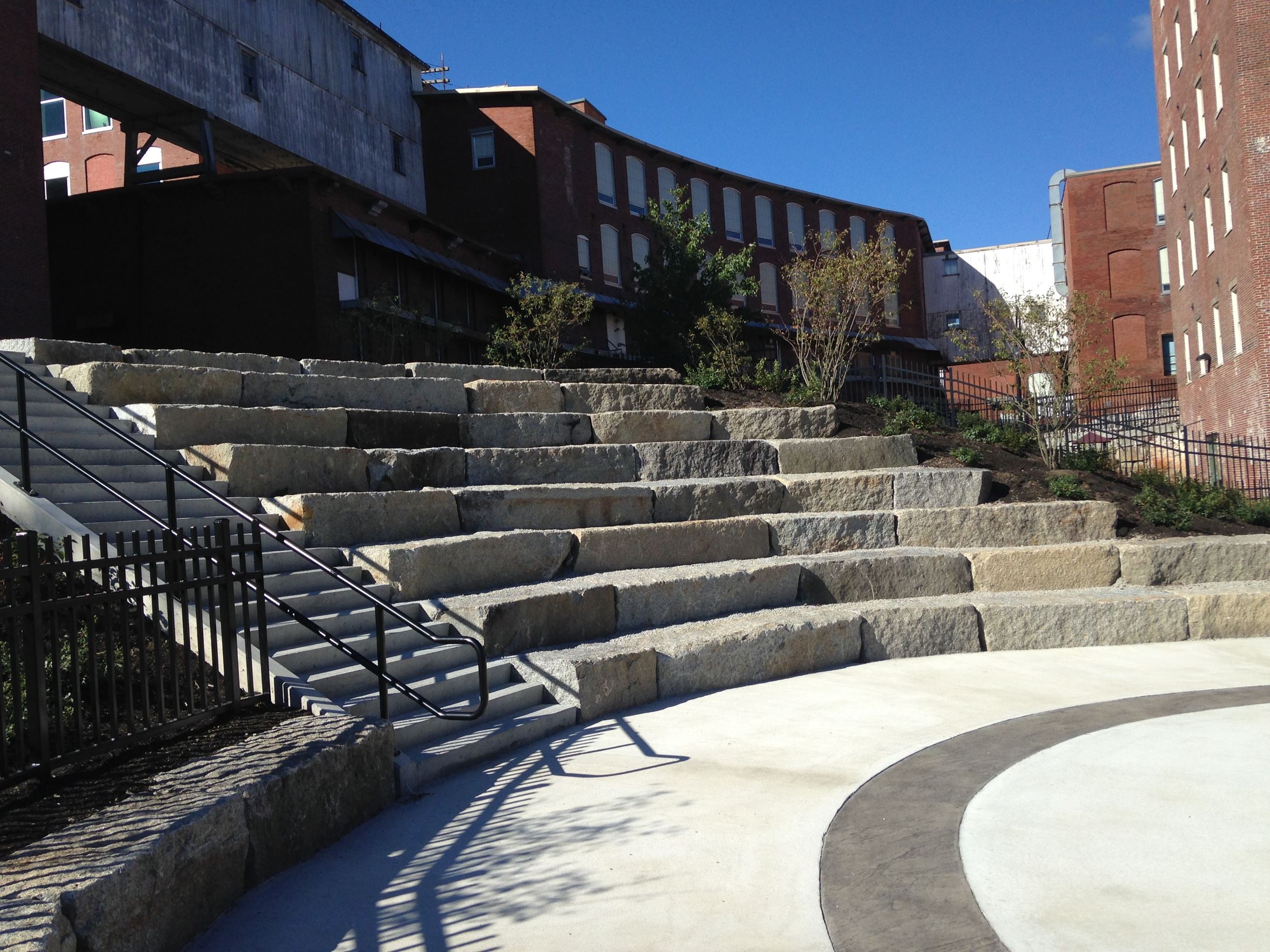 RiverWalk wayfinding signage has been installed in both Biddeford and Saco, based on the overall plan developed by Brad Woodworth of Woodworth Associates, in conjunction with staff from both cities. Their purpose is to direct visitors from the RiverWalk to the downtowns, and from the downtowns to the RiverWalk. Check out the distinctive lettering and colors when you have a chance. 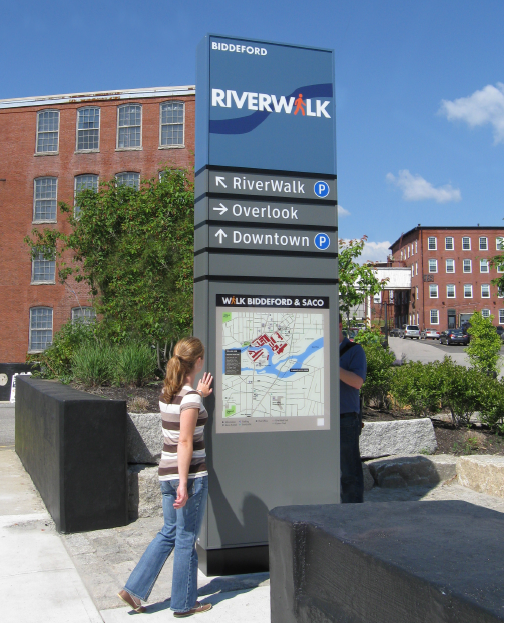 The pedestrian bridge linking the Pepperell Mill campus (North Dam) and Saco Island Mills, the Amtrak station and other sites, and funded by the Maine Department of Transportation's Quality Communities Programs, is complete! On September 19, 2015, the pedestrian bridge was dedicated as the symbol uniting the two cities. 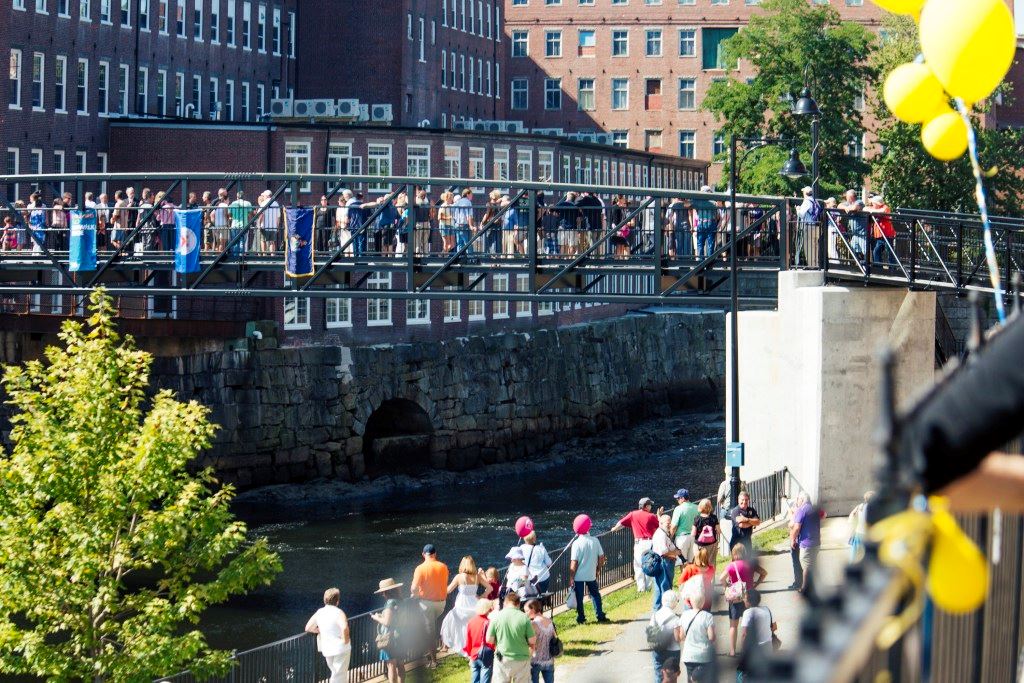 A Seven-Minute Workout Station has been built in Mechanics Park. It is open to anyone looking to get a round of exercise in a short period of time.

The former Florida Power and Light land between the Mill at Saco Falls and North Dam Mill, was acquired by the City and awarded cleanup funding by the EPA in 2013.

Design for a new boat launch in Mechanics Park was completed recently; we'll explore funding opportunities for this project over the coming years.

The Diamond Match Park project is progressing nicely. Thanks to the continued funding and support of the CDBG (Community Development Block Grant) Program, the City is in the process of dismantling the abandoned trestle in preparation for future park development work.

The Biddeford City Council has approved a proposal for an ADA Access and Easement Agreement and Credit Enhancement with Riverdam, LLC. The proposed mixed-use project includes 13,300 square feet of commercial space, as well as 70 units of housing. Per the agreement, the City will receive permanent easements to the land between the Riverdam building and the river wall to expand the RiverWalk, as well as permanent ADA access for the RiverWalk via the building’s elevators. The design also includes a public green space along the RiverWalk. A conceptual rendering of the proposed project is included below. For more information about this project, please click here. 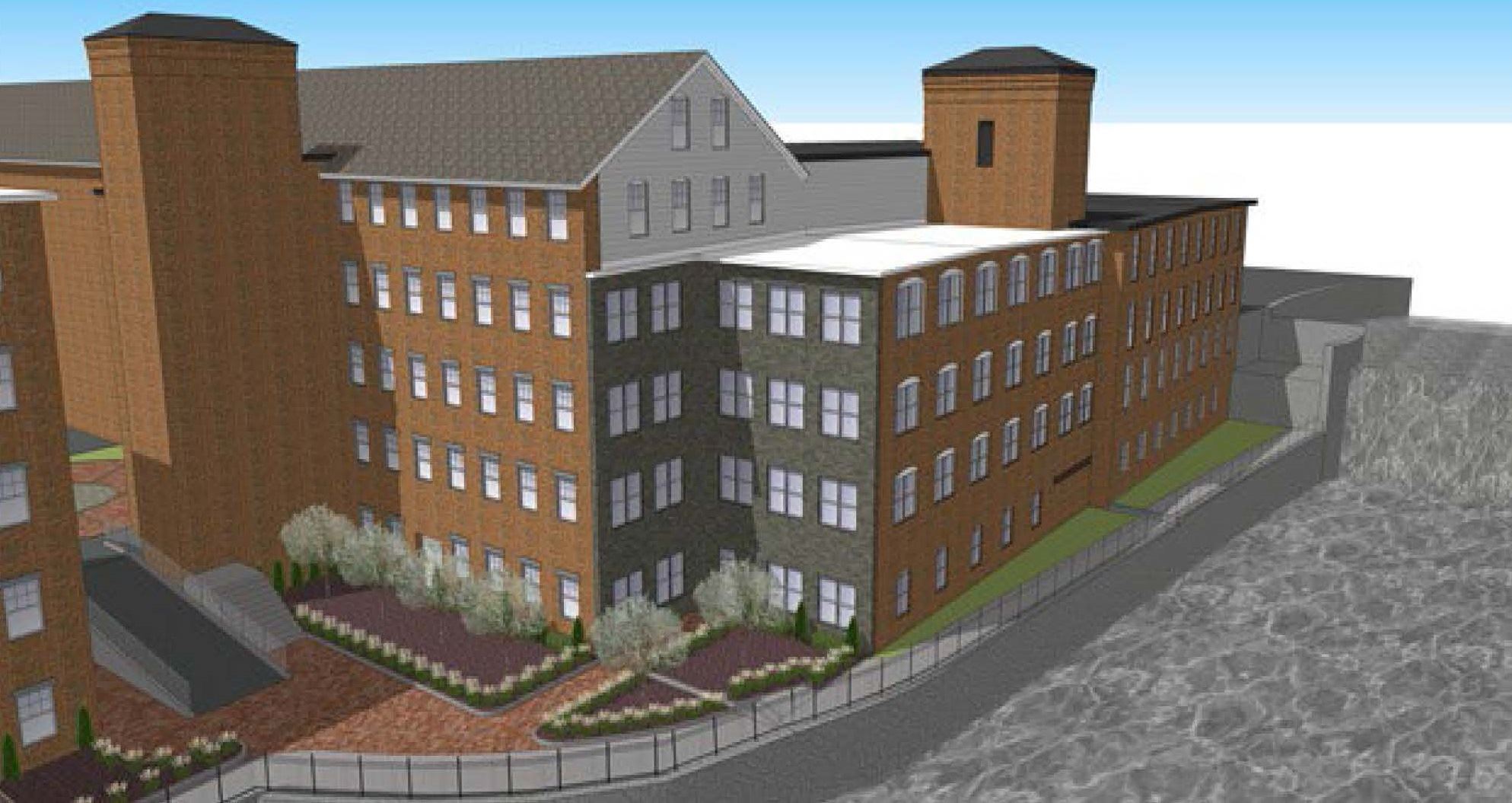 At their September 17, 2019 meeting, the Biddeford City Council voted to authorize the City Manager to enter into a Joint Development Agreement with Treadwell Franklin Infrastructure Capital and James W. Sewall Company to build a downtown parking garage at the 3 Lincoln Street property. As part of the project, the RiverWalk will be extended to connect from Mechanics Park to the 3 Lincoln Street property, providing additional pedestrian connections between the parking structure and other areas of the downtown.

As always, we are grateful to our partners for your steadfast participation and enthusiasm for this project: