Property values in the City of Biddeford have been climbing at a fast rate over the past several years as transformation in the community has led to properties selling at overall higher prices. This trend has been seen all across Southern Maine over the past few years because the region has become an increasingly desirable place to own homes or rent. You may have noticed that many properties that are exposed to the market are under contract within days to the highest bidder, in many cases above asking price. These are the current market conditions that we are living in.

The Maine Constitution requires property taxes to be "assessed equally according to the just value thereof". In other words, it is the responsibility of the Municipal Assessor to adjust property values to meet this constitutional requirement. Maine law requires the ratio between overall municipal assessed values and sale prices to be within 70%-110% of "just value", and if we are unable to meet those standards, the State requires Municipal Assessors to adjust properties accordingly to maintain acceptable ratio standards.

Biddeford’s last community-wide revaluation was seven years ago in 2014, followed by market updates for commercial and residential properties in 2017 and 2018, respectively. However, because of rapid changes in the real estate market here, we are currently in the low 70% range of overall ratios. It is important to perform a market update now to keep in line with Maine standards.

What happens during a market update?

The question that the Assessor seeks to answer during a market update is what the market value of your property was on a given date (or, what a willing buyer would reasonably pay a willing seller for the property). In this process, the Municipal Assessor looks at the recent sales in a community and analyzes this market activity to develop formulas that predict what each property in the city is worth, or its "just value". These formulas take into account ample amounts of data, not just one or two sales, to determine adjusting hundreds of properties to a fair and equitable value.

Why is it important to adjust property valuations?

Now, let’s say that the Assessor, using a large sample size of sales, has concluded through sales analysis formulas that comparable properties to Home A and Home B should be adjusted to create more equitable assessments. Home A's new property value remains $100,000, but Home B's property value is adjusted to $150,000. Now both properties are at 50% assessed value to "just value". This creates more equity and ensures that the owner of Home A does not have to subsidize the property tax bill of Home B. 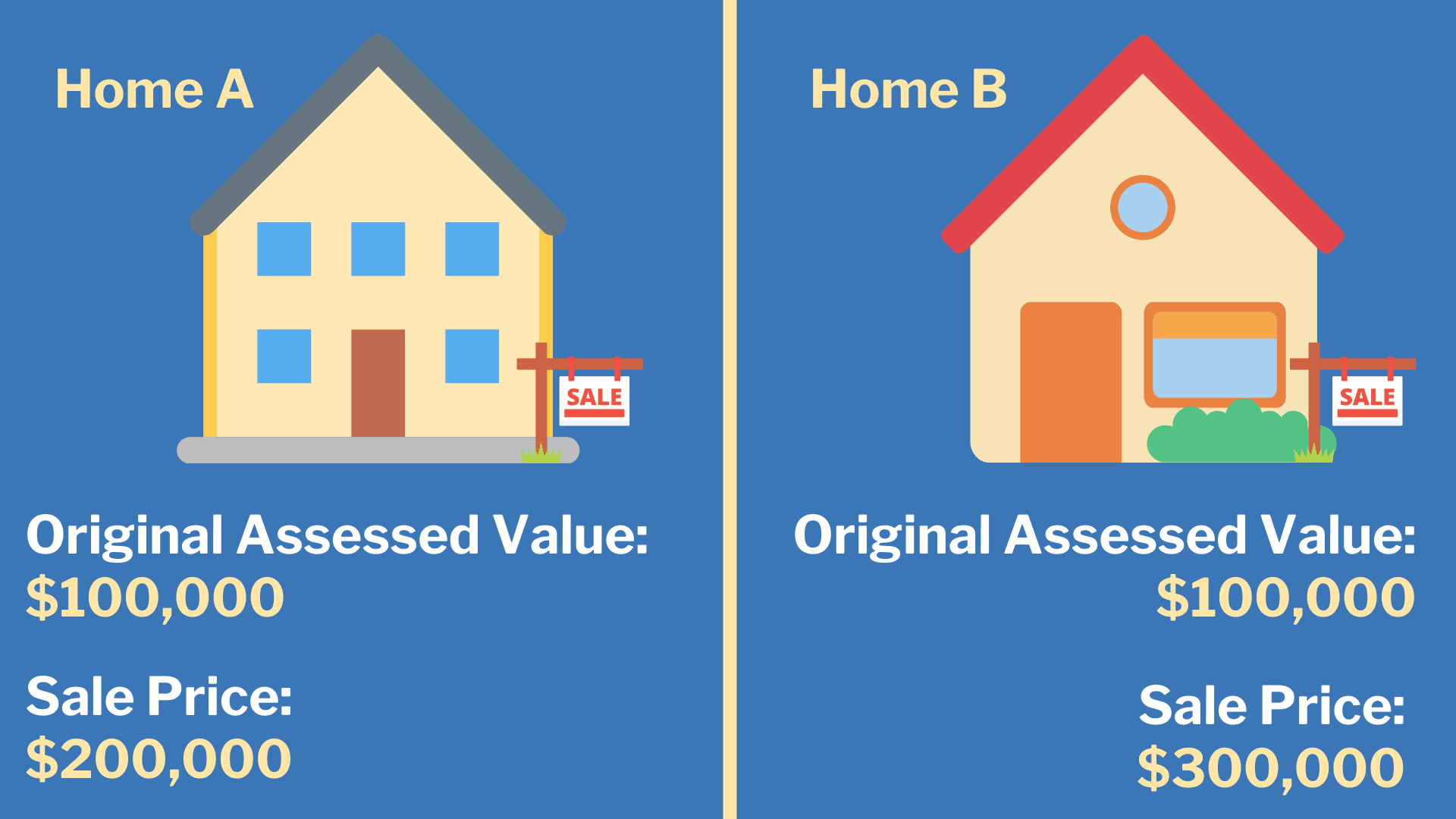 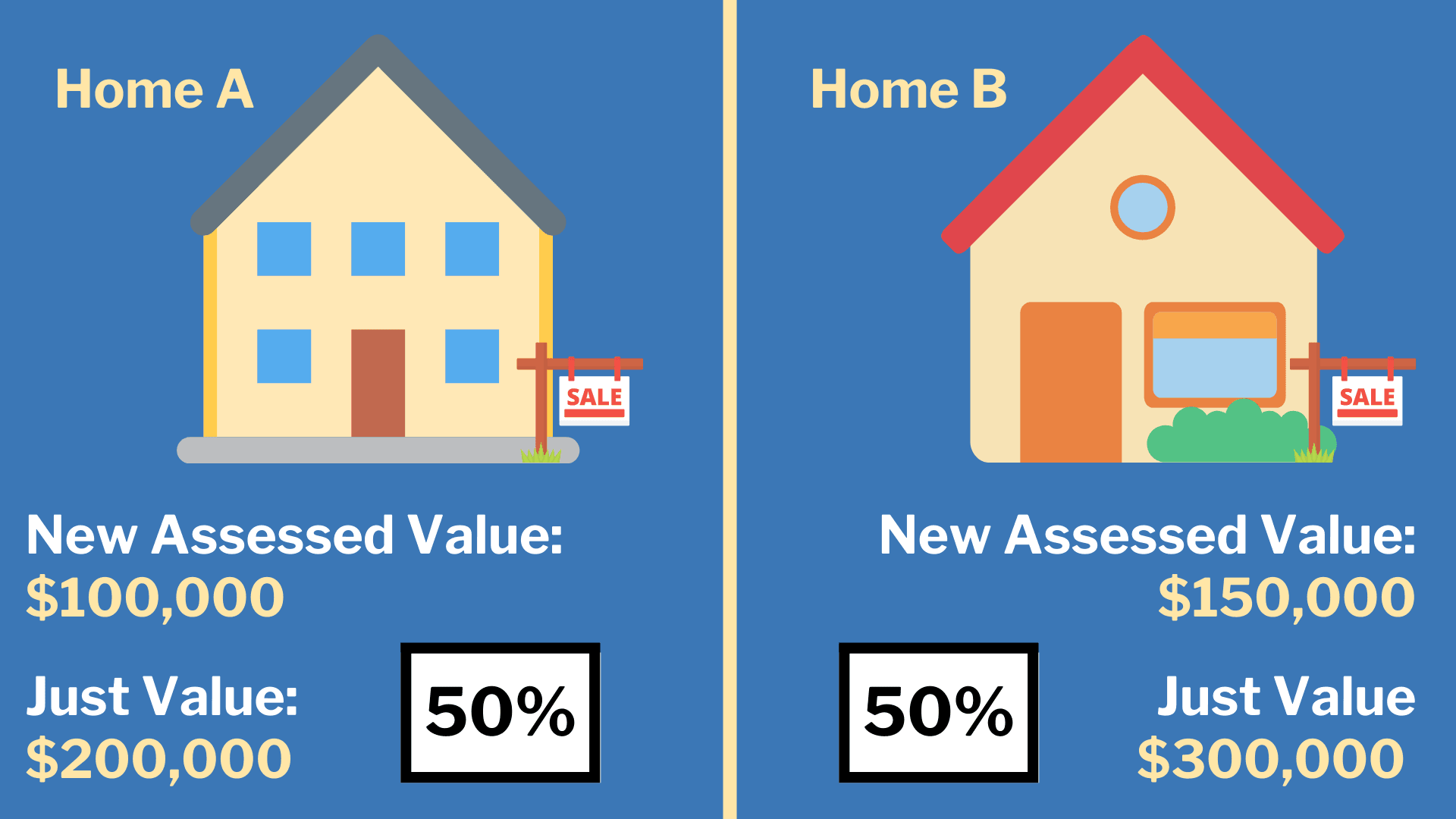 A market update will ensure that all residents receive statewide property tax exemptions, such as the Homestead Exemption, in full. The State of Maine reimburses municipalities for revenue lost due to property tax exemptions. The State has set certain standards for exemption amounts in order to ensure that the exemptions are being applied fairly throughout the state.  In order for our residents to get exemptions applied in full, the City will need to increase property values at a minimum of 10% on average across the city. If we did not make these adjustments this year, Biddeford residents would only qualify for 90% of full state reimbursements.

Will this make my taxes go up?

Not necessarily. Some tax bills will increase, but some will decrease, too, and some will stay about the same.

One thing to keep in mind is that a market update doesn’t mean that the city is collecting more revenue, so it won’t change the total amount of taxes that need to be collected to fund the budget. Before the market update, we would have expected that the tax rate would have been $19.98, but this rate decreased to $18.23 to take into account the higher property values after the market adjustments.

Let’s go back to our example houses. If we didn’t complete a market adjustment this year, their property values would be the same at $100,000, and the mill rate would be $19.98. Each property owner would pay $1,998 in taxes this year. Together, Home A and Home B were paying a total of $3,996 in property taxes. Let's suppose this represented the entire City budget.

After the market update, Home A's property tax bill actually decreased even though their property value stayed the same. Home B's property tax bill increased. However, even though both homes saw a change in their tax bill, the total amount of taxes that the City is collecting from them is the same. The market update is simply a tax shift so the balance of who pays what portion is more fair and equitable as it relates to the current market conditions, not a way to generate new revenue. 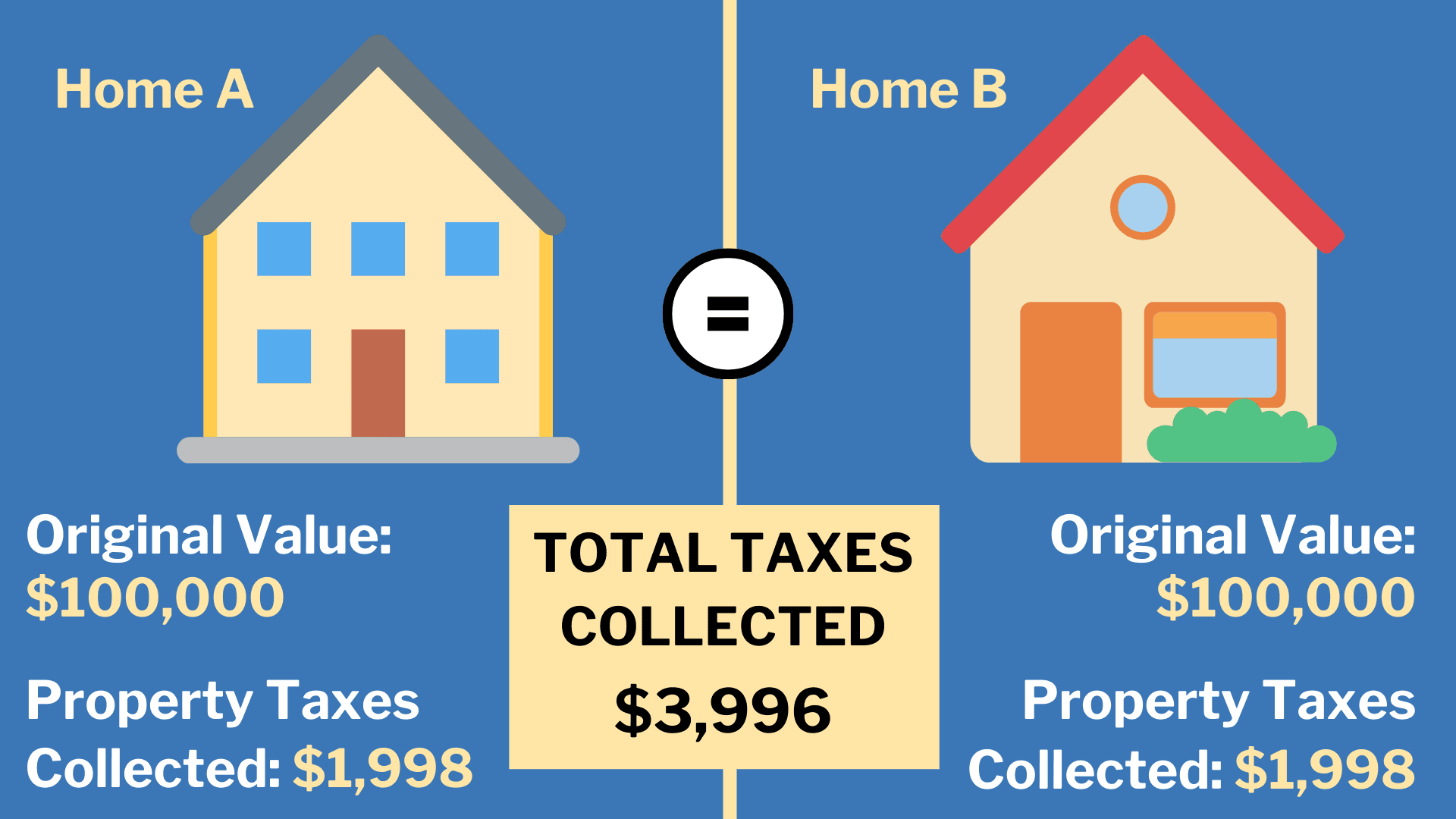 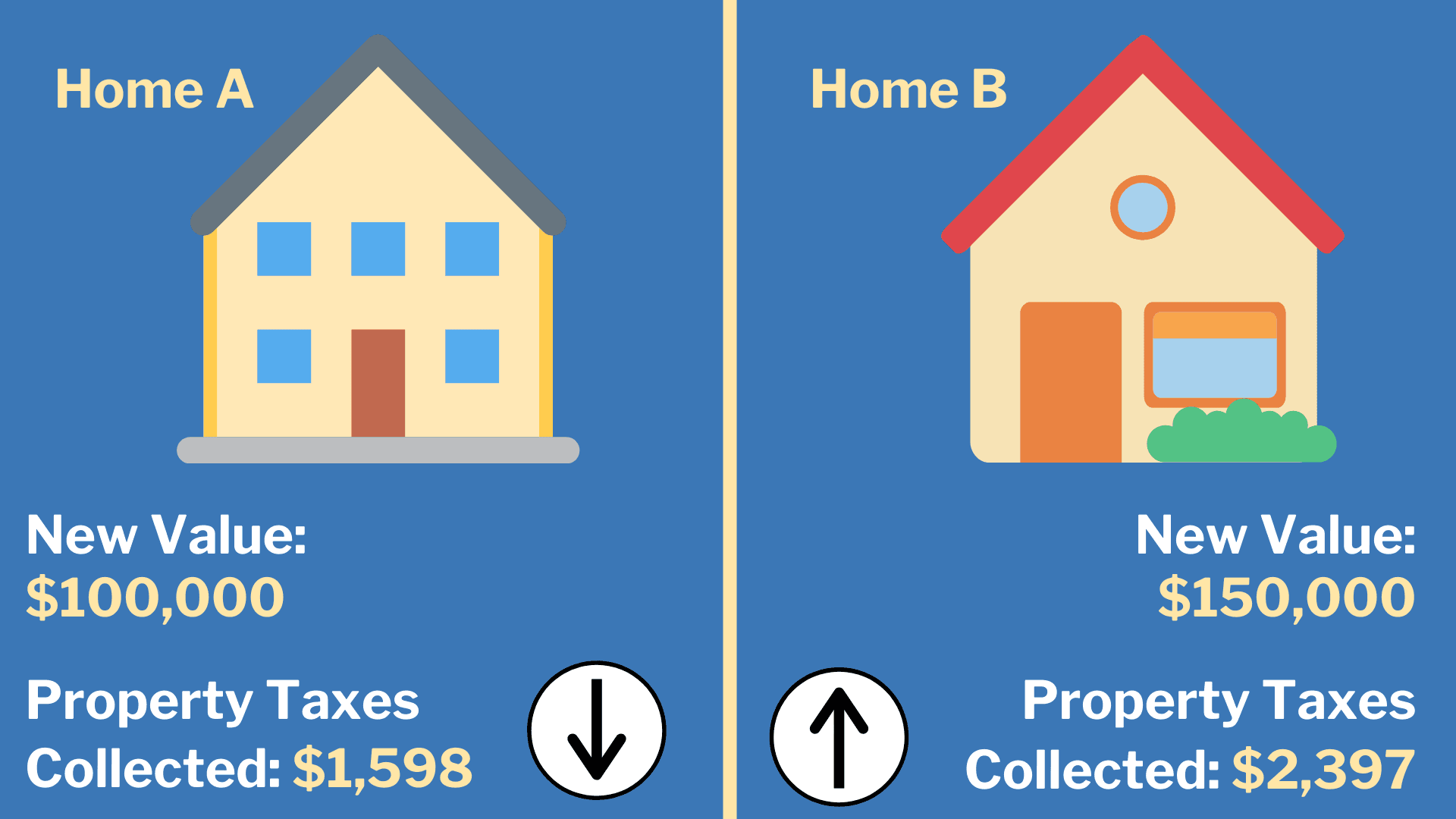 On average, how much is my class of property expected to increase?

These classes of properties listed above will see adjustment increases of an average of 20%.

Do you have questions that aren't answered on this page? Submit them to our staff here!